Being invited to the team

In June 2018, I made a masterpost issue including every bug and missing feature from the initial beta release, with a big checklist and organized into areas of interest. 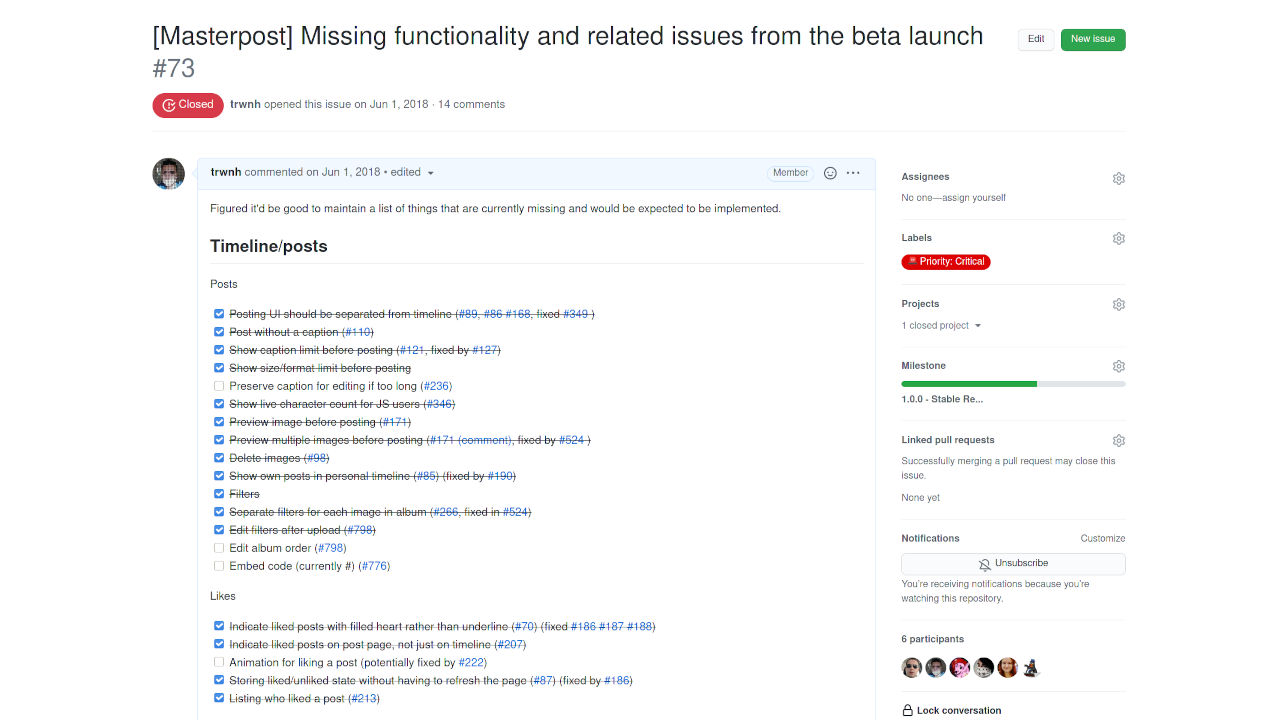 Additionally, I reported many bugs and contributed some fixes for some months.

dansup decided to invite me to join the Pixelfed organization on Github on January 6, 2019.

Issues are assigned tags by the domain they inhabit, a Milestone by rough version target, and a Project by which feature they pertain to.

dansup does a lot of experimenting with building out mock features, and I’m there to tell him which ones are good ideas and which ones are bad ideas.

i don’t trust anyone as much as you to shape the direction of the project.

0.x betas each usually focus on one feature and related development around it. When the focus changes, a new 0.x beta will be tagged. We have a few more betas left, for circles, and for polish. If it weren’t for me, dansup would have tagged 1.0 already and media attention would have been lackluster.